LOS ANGELES, California - May 20, 2002 - At the opening of the 2002 E3 Expo, Blizzard Entertainment® will unveil the highly anticipated Warcraft® III: Reign of Chaos™; single-player campaign. As the multiplayer beta test has already proven a success, all eyes await the single-player missions, which chronicle the events that will forever change the world of Azeroth. Warcraft III will be shown throughout E3, May 22-24, at booth #1200 in the South Hall of the Los Angeles Convention Center.

With the game near completion, this summer will mark the first time in years that players will be able to return to the Warcraft universe, where Blizzard made its PC debut. For the first time, a Blizzard real-time-strategy game will be rendered in full 3D, allowing a more immersive and compelling experience. As an upgrade to the real-time-strategy formula that Blizzard helped create, the game will be focused on groups of noble warriors supporting mighty, Legendary Heroes, each of whom can advance and become more powerful as the game progresses.

These Heroes are the central focus of the single-player game. Four linked campaigns - featuring the Humans, Undead, Orcs and Night Elves - together form the story of the day the sky rained fire and war once again swept the battered lands of Azeroth. Players first take the role of Arthas, Paladin and crown prince of Lordaeron, as he investigates an uprising of Orcs and rumors of a plague sweeping the northern end of the kingdom. As the single-player game advances, the story moves on to other races, with each campaign picking up where the previous one left off. Heroes of other races appear throughout the campaigns, many times as allies, yet other times as enemies.

"It's very exciting to return to the Warcraft series," stated Mike Morhaime, president and co-founder of Blizzard Entertainment. "We're very proud of what we've accomplished with this game and we look forward to welcoming a new generation of gamers to Blizzard's first PC game world."

The game includes a robust campaign editor for creating custom 3D maps and unique missions, with scripts for units, spells, and action-packed events. Expanded multiplayer options are also incorporated, allowing players to compete anonymously against one another over Battle.net®.

Since its debut in 1994, the number-one selling Warcraft series has won industry acclaim and has shattered sales records worldwide with nearly 5 million copies sold*. In 1996, Blizzard followed the well-received Warcraft®: Orcs and Humans™ with the critically acclaimed Warcraft® II: Tides of Darknessä, which won multiple Game of the Year awards and is still considered by many critics to be one of the best games ever made.

Warcraft III: Reign of Chaos will be available this summer for Windows® 95/98/2000/NT and Macintosh® formats. The game will sell for approximately $55 - $60 at retailers nationwide.

Best known for blockbuster hits including the Warcraft® series, StarCraft® and Diablo® series, Blizzard Entertainment ® (www.blizzard.com), (a division of Vivendi Universal Interactive, Inc.) is a premier developer and publisher of entertainment software renowned for creating many of the industry's most critically acclaimed games. Blizzard's track record includes four consecutive number-one selling games and multiple Game of the Year awards. The company's free Internet gaming service Battle.net ® reigns as the largest in the world with millions of active users.

*Based on units shipped 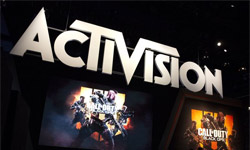 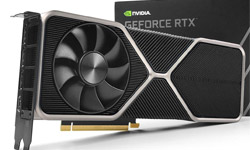